This last couple of weeks has called for perseverance. The events of the last few weeks have taken their toll on me, and I have been rather unwell and on antibiotics. I'm not sure what I had, but it kept me even more poorly than usual, and just made me feel completely miserable. I believe I am past the worst now, but my appetite is still erratic, and I am still feeling solemn. Having M.E. appears to make me prone to fall ill physically when I suffer with any kind of stress, and the death of Honey hit me hard.

So, what have I managed? To be honest, very little. However, as the title of this post says, I intend to persevere with this project and continue as I can, especially now I seem to be over the worst of the illness.

In the last couple of days, I did manage to write a couple of conversations that related to each other, and altered them according to the order that the player encounters each NPC. As I wrote these conversations, I realised that this was one of those frustrating elements that I have tied myself into with this kind of design. Because I have made much of this first module very "open", it means I have to account for how and when the player may speak with one NPC with respect to another NPC later on down the line. This design doubles the amount of conversation lines I need to write for each NPC involved, and is something that I will address in later modules by redesigning the approach a player can make to such NPCs. I need to be strict about this, or else I simply won't be able to achieve what I hope to do in the future.

Something I forgot to mention a few weeks ago that I can mention now to offer something to talk about, is that I introduced an "Achievement" system. It was added for a bit of fun really, as I know how satisfying it can be to be awarded a "certificate" for unlocking a part of the game that may even be just a small side event. At the moment, I have used it in a couple of feats that the PC can achieve through play. i.e. Bonus feats as opposed to those taken at level up. So, a player may suddenly find themselves being presented a certificate for achieving something that awards them a bonus feat. 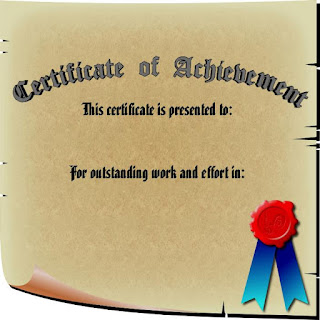 It uses a generic template, based upon my scroll system, which is presented using visual and sound effects. A fanfare for the achievement! The scroll background artwork is done by Geoff Cordery (Quillmaster).

Email ThisBlogThis!Share to TwitterShare to FacebookShare to Pinterest
Labels: Personal, The Scroll

Picking Up The Pieces

Once again I have turned to the toolset to continue where I left off from last year. I have returned a little later than usual, and it has been hard to get into again since what happened at the end of last year when our pet rabbit Honey died. However, I am trying hard not to let negativity overtake me ... and to allow the healing that faith and time brings.

So, what have I been able to do regarding the toolset in the last day or so? Well, mainly, I have been trying to familiarise myself with an event surrounding one of the companions and to ensure logical flow regarding the area I am currently looking at:-

Furthermore, I am at a point where I am having to address a number of conversations at the same time due to the variables involved. The process feels a little nit-picky to me at the moment, but I hope it is something that I will see the benefits of in a short while, and then also start to enjoy more than I am at the moment. Grief is a stange monster.

I also discovered a couple of minor bugs after I placed some creatures into the area I am currently padding out: The first was a walkwaypoints bug, where a creature would stop walking their patrol path when a PC came within a certain range. It turned out to be related to some AI I have coded that allows NPCs to be a little more intelligent than the average monster. The second problem was also AI related, with a faction issue thrown in: An NPC was trying to enter a jail cell to attack their prisoner! A quick faction change made sure the NPC carried on their normal tasks.

Now that I have these recent bugs out of the way, it should be a case of just getting back to writing the conversations again and tying them into the story. I also still have to finish populating the module with creatures, and balancing them for combat. And I do still have some "decorating" of internal areas too, which may require some more scripting to bring the areas to life. However, as I say in the title, I am slowly, but surely, picking up the pieces again.