This week I want to introduce one of the ways I am expanding the skills for the game. In the past, whenever I have played a game, be it from my pen and paper days through to gaming on the computer, there have always been some skills that seem a little underplayed compared to others, and they tend to be forgotten by most players ... or categorised at not very useful. I hope to redress some of the balance, and while I may not succeed, I hope some of the alterations I have made will make the game a little more entertaining at least. When I have made an alteration (or addition) to a skill usage, I have tried to keep as close to the original rules and intentions as possible. This week, I would like to talk about the Appraise skill.

You know what it's like ... You wonder into some "deserted room" and you happen to stumble upon a gaudy piece of artwork and you begin to wonder .... is it just junk or some priceless piece? After all, what's the point of dragging something around with you, weighing you down, if, when you eventually get to sell it, it was not worth anything like what you expected. 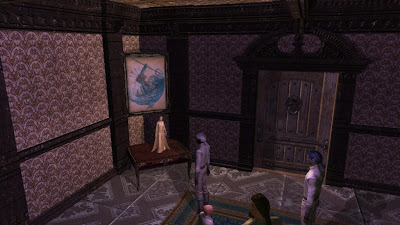 Knowing how much something might be worth could be the difference between carrying one piece of artwork out of a building compared to another. Having an ability to tell the worth of something is what the appraise skill gives you.

First and foremost, if you do not have at least one rank in the skill, you will not recognise a valuable piece of art from a piece of tat! Although, at the very least, you suspect it may be worth something. So, unless you are strong enough to be able to carry every potential treasure item you find with you, then you will have to be a little more discerning in your choice of carried items. Or, if weight issues are not a problem to you, then simply knowing how much something may be worth to an interested party is worth knowing in itself. NB: Using the appraise skill this way only applies to larger objects of art and miscellaneous items. It does not apply to general smaller items, such as gems or jewellery. (Unless the gem or jewellery is a unique item and considered an art piece itself.) 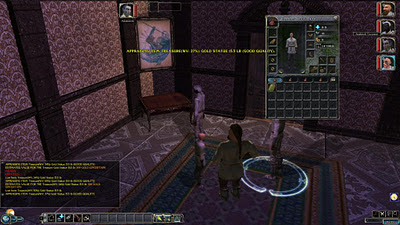 Appraising an item is an automatic process for anybody with the skill. The moment a PC picks up an item (where the PC is said to be examining it more closely), the weight, the general quality, and gold to Weight Value are instantly calculated (appraised) by the carrier. Accuracy of the gold to weight value is calculated by the DC of the item to appraise against the PC's appraisal skill score. If the PC makes the skill roll, then the appraised value is more accurate than if they had failed.

Within a few seconds of appraising the item, the PC will give their estimated gold value for the item, along with their level of confidence. The additional feedback at the time of appraising can be Confident, Uncertain or Unconfident, which gives the player some indication of how accurately the PC has appraised the item in question. (All calculations are based on the 3e rules.) Note, however, the item in question can then be given to another PC in the party (if they have a higher appraisal skill score) and another appraisal attempt will be made. Simply dropping the item from the current PC inventory onto another PC will give new appraised feedback about the item without having to change PC to enable it. This is useful if the second PC has a higher appraisal skill than the former and is more likely to give a more confident valuation. (See the expanded chat window in the image to see the differences in appraising between the PCs.) 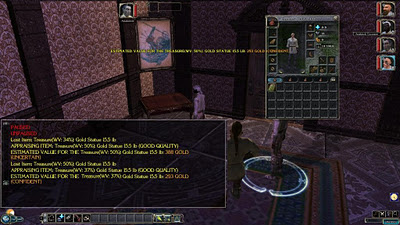 In the example here, the item had originally been appraised with a gold to Weight Value of 34%, but was then passed onto another PC (with a higher appraise skill) who appraised it at a higher value, reflected in the 50% WV and their valuation was an uncertain 388 gp. The same item was then handed over to yet another PC, who had the highest appraisal skill in the party, who calculated a 37% WV value, which equates to 293 gp value, and with which the PC was confident with their appraisal. A couple of things must be noted here: 1) The first PC who picked up the item (whose appraisal skill was the lowest in the group) was actually closer to the mark with their 34% WV estimate than the PC (with a higher appraisal skill) who checked it after them. This shows that there is a degree of luck when making such valuations, although generally, someone with a better appraisal skill will be more accurate (reflected in confidence level) than one with less. 2) Recognise that a higher confidence is the preferred result for valuation accuracy.

What Is Weight Value?

One of the most important benefits of knowing how much something is worth, is whether it is worth carrying it along with you due to its weight. After all, if something is worth 20 gp, but weighs 20 lb, it may not be worth the encumbrance to carry along. Each player will decide their own criteria of whether it is worth it or not, but knowing the weight value is where this can help a player decide. Basically, the percentage value given for a Weight Value (WV) is its comparative worth in gold against a bag of 500 gold coins weighing 10 lb. E.g. If a treasure item weighed 10 lb, and was estimated to be worth 500 gp, then the WV value would be 100%, because it was "worth its weight in gold!" 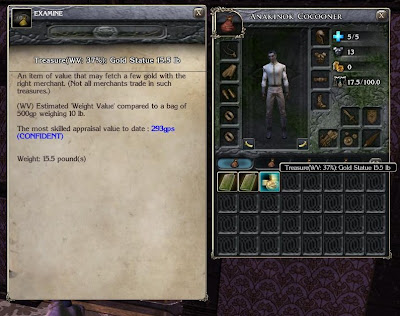 There are two things worth noting here though: 1) The valuation is based upon the appraisal skill of the PC and so the WV is only as accurate as their confidence in such. 2) Not every merchant will give you its total worth in gold, even if they are interested in such items in the first place. Therefore, a truly worthwhile treasure is one that calculates to at least around 120% WV, which estimation is more likely to recover its equivalent weight worth in gold.

It should be noted, however, not to quickly dismiss a treasure simply because it scores a low WV, because it may still be worth quite a bit of gold, but will require humping around with you until you can sell it to retrieve what it's worth. And if general worth is all that interests you, a player should keep an eye open for an item's appraised quality, which can be any of the following: Poor; Mediocre; Reasonable; Good; Grand or Exceptional. It should not take too long before a player recognises what kind of reward they can expect from each category.

For ease of play, all such information about each treasure item (which shares the same in game icon for ease of recognition) will contain important information within its name that can be accessed simply by hovering over the item in the PC's inventory. At-a-glance information includes the important WV information along with the weight, so a player can instantly do a mental sum in their head to recognise its worth. I know I could have given the gold value as well, but I did not want to include this as it may be misleading. Instead, if the player examines the item in question, they can see the estimated gold value there alongside the confidence level of this estimate.

As regular readers of this blog will know, I like to include a degree of exploit protection with respect to certain items and actions to give them a degree of permanency. As these treasure items can be randomly generated, I decided to include them within this remit. What this basically means is, if a player saved a game just prior to picking up the treasure and the game handed them a poor quality item, reloading the game to try to gain a more valuable item will not help the player, as the same value item (and weight thereof) will be returned. There will be no advantage to reloading a game, except for one reason: They get to reappraise the item. If they want to reload the game for this, then so be it. :)

Lastly, please leave comments on your opinions about including such additions to the game, and let me know if there are other skills you have already altered, or would like to see altered to imrove the game. I am not talking about complete skill system rebuilds, but maybe some odd tweak or such that might improve the game for you.

Don't forget to vote on either/both of the two polls currently running if you have not done so already!
Posted by Lance Botelle (Bard of Althéa) 10 comments:

I am continuing to write material for the first module called, Better The Demon, and hope to finish this year! Last year, I had hoped that I would finish it, but this time, I feel more confident. This is because I have decided to not be so worried about some details that may easily be overlooked by some players anyway. On occasion, I play an RPG game to relax, and I have noticed that many do not have the same detail, and I do not feel it detracts that much. Now, I am going to concentrate on the remaining conversations, creatures and encounters. I will still continue to write quests, but I believe I have them all accounted for now, and all that remains is to join the dots.

Now, in my designs, I have opted for a combination of priorities, subject to my own preferences for the area in question. However, I would be interested how you might consider this aspect of game play. i.e. If I need light, then I should find it .... or .... I wish the design made it so I could see. Which best describes you? 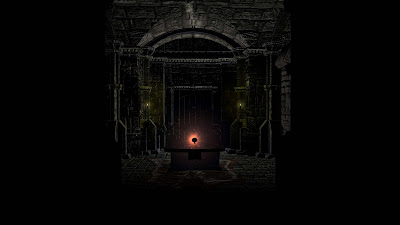 An eerie altar looms out of the darkness ahead!
In the above example, I have removed all ambient lighting because I wanted the altar to stand within existing lighting only, but it may be better realised with additional lighting? Is the scene too dark? Yet, if the PC is using their own light source (via torch or spell), then this will contribute towards the overall lighting of the scene anyway. The point is, what do you think works best for your general gaming experience? Should I add additional lighting to areas to enable a "clearer view" or leave them to existing light only to be more true to the scene? I have started a second poll, called "Atmosphere & Lighting" for you to vote, and leave comments as required.
Posted by Lance Botelle (Bard of Althéa) 12 comments: